ISSUE #1: MOST EXTREME TEMPERATURE allowed in the U.S. 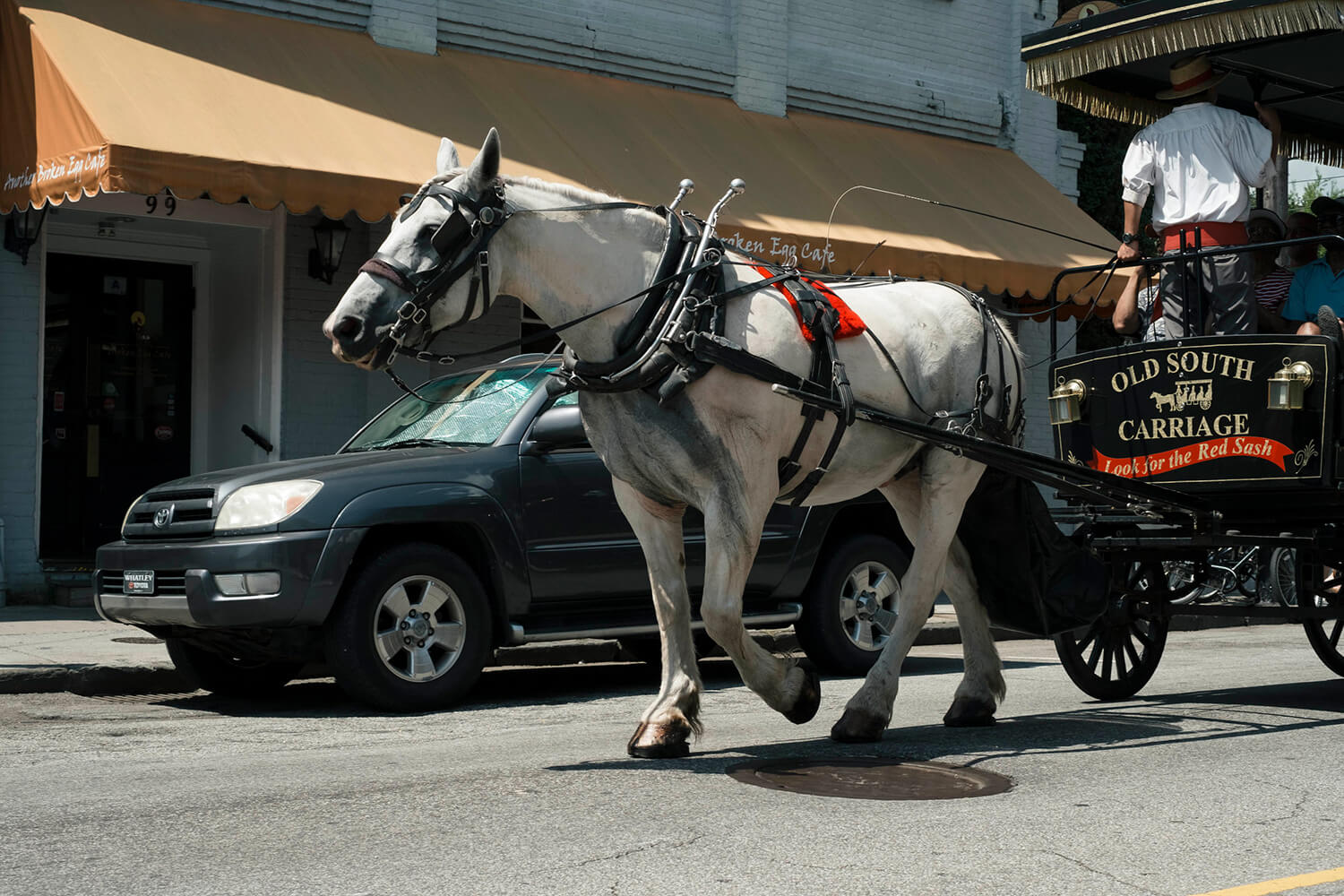 Extreme heat ordinance requires FOUR readings of a sizzling 95 degrees before horses can be relieved of the oppressive heat. 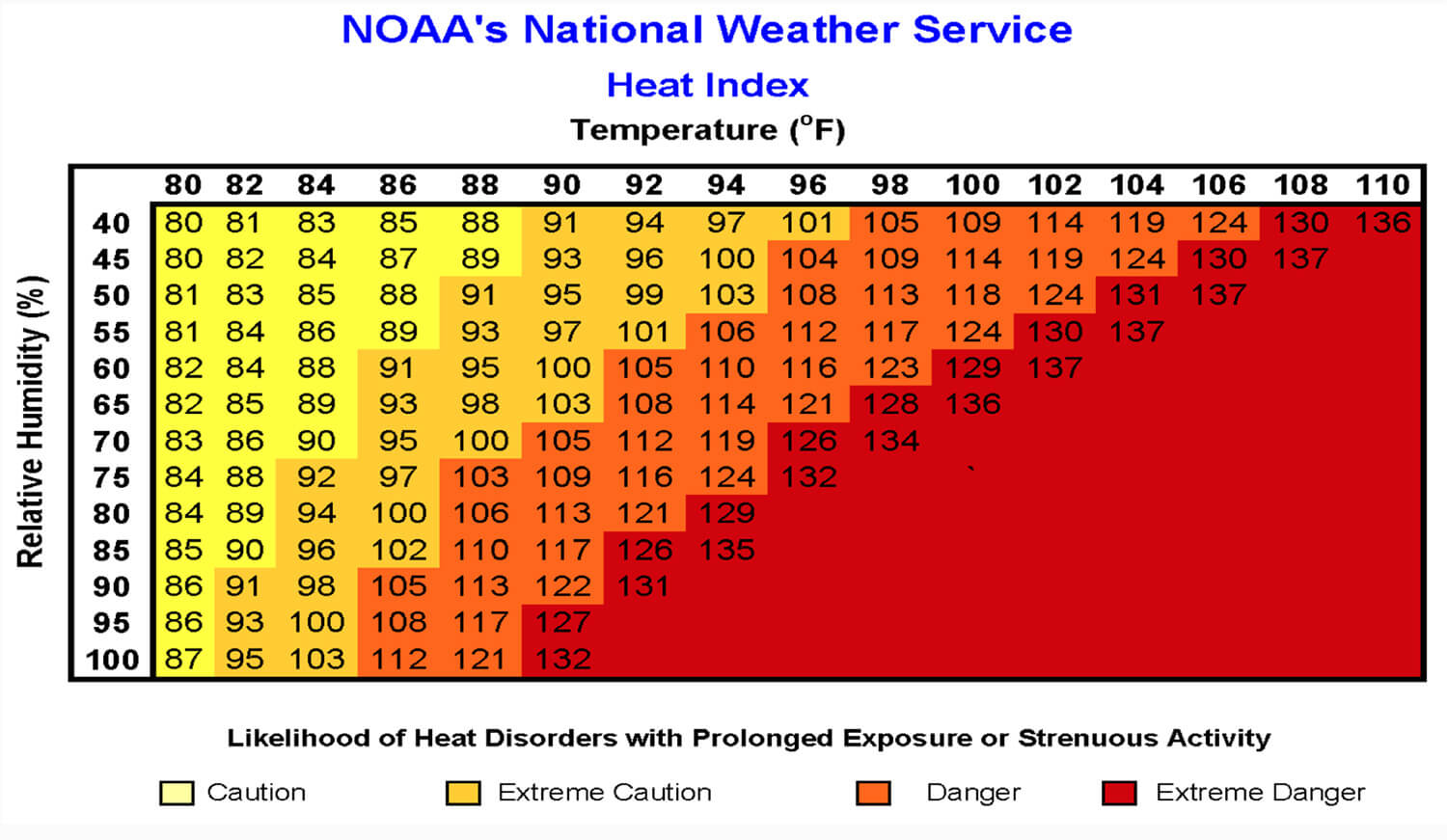 Operating in danger of heat distress

Concerns about hiding the temperature

In 2004 – 2006 the city established a subcommittee to look at the issue of the health of the horses that work on the streets of the city of Charleston. A member of the 2006 Committee, distributed the following memo to the committee: 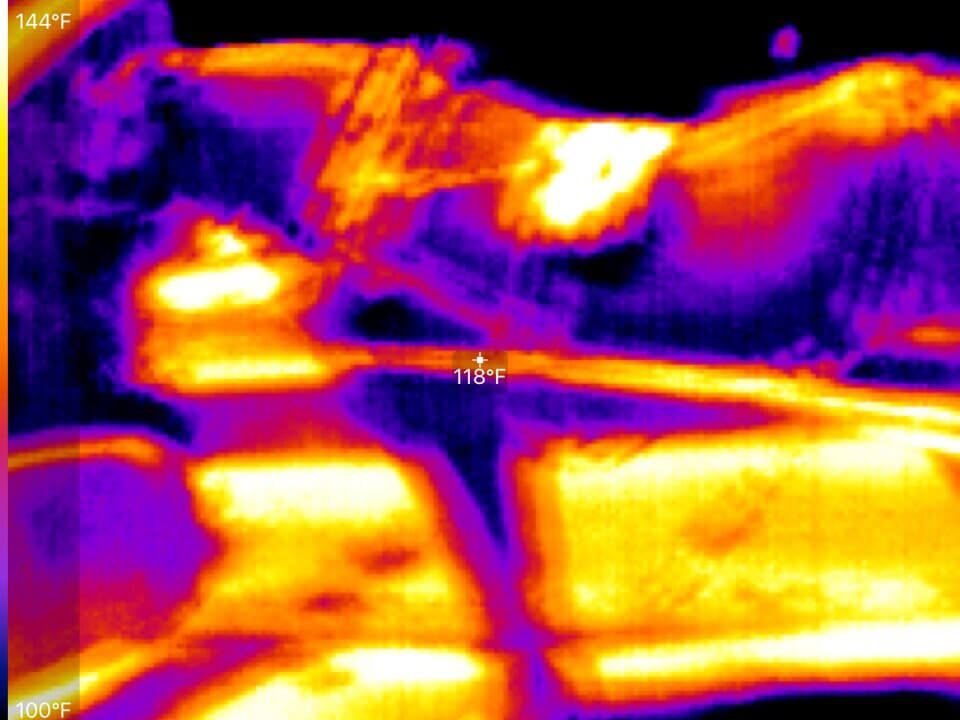 If the humidity is more than 75%, heat stress is likely due to inability to sweat regardless of ambient temperature. (Department of Animal Science, University of Connecticut)

As noted above, the humidity is usually very high in Charleston; between 70 to 100% is the typical range.

The University of Kentucky College of Agriculture has developed a weather heat-stress index for livestock that can be referenced by zip code. Weather is frequently recorded to reach in the “Danger” or “Emergency” level in Charleston.

Charleston Animal Society is urging caretakers of working animals, such as horses and mules that pull tour carriages downtown, working dogs, farm animals, service animals and others to minimize work and to offer increased water and rest to avoid heat-related stress that could endanger the animals.

“Forcing animals to work in this high heat, coupled with the urban environmental stress is unconscionable and cruel, especially when there is an objective scientific-based source that provides these warnings,” said Charleston Animal Society President and CEO Joe Elmore.

Two of the biggest weather impacts in Southeastern cities like Charleston are flooding and heat.

Extreme heat, which is a sustained 105-degree heat index, causes more weather-related deaths in the United States than any other hazard, according to the National Weather Service. But not everyone’s risks are the same.

Morris calls himself “more of a water expert” who deals with flood risk mitigation. But lately, he’s focused on heat mitigation thanks to the city’s partnership with academic and governmental stakeholders who are researching heat-related health solutions.

“One of the cultural challenges that you find in the Southeast is, ‘Well, it’s hot. What’s new about that?’” Morris said. “In fact, overall temperatures are up [worldwide],” he said. “So yes, it’s actually hotter. There’s a belief that there are tipping points for the beginning of health impacts, even for people who are acclimated to heat.”

There’s an income-related aspect to heat vulnerability, such as air conditioning affordability, said Morris. Lower-income populations may have the same exposure to heat as people with higher incomes, but the heat impact may be greater without equal access to air conditioning.

There’s also occupational implications related to heat for those who work outdoors frequently. It’s not about being exposed to two or three hours of heat in a day — the health impacts from heat come from exposure over long periods of time without any relief.

It takes a village

The City of Charleston is part of the North American Climate Resilience Program, a subprogram of the global Resilient Cities Network. The network includes Boston, Chicago, New Orleans and Houston.

A Medical University of South Carolina (MUSC) research group, Health Outcomes from Temperature (HOT), is investigating the health consequences of heat in Charleston and throughout South Carolina.

Morris believes the HOT studies will provide a greater understanding of urban landform microclimates where the area’s tree canopy and home density affect whether wind or shade can reach those homes.

To him, the heat-health research at MUSC will bolster Charleston’s partnership with other cities and governmental efforts.

“Many hands make light work,” Morris said. “Within the Resilient Cities Network effort, we can share what we learned with other cities, and we can understand what they’re learning. We’re part of a larger set of processes.

“There’s a great opportunity for us to learn more, and this [HOT studies] information can eventually inform city policy or city investments or city actions,” he said.

MUSC’s HOT research team is gathering and analyzing data to determine if the number of deaths increase when the temperature increases and which sections of the city are more vulnerable to heat than others, said Dr. Jerry Reves, dean emeritus of MUSC’s College of Medicine. Ideally, the data gathering will be completed this summer.

The research group is led by principal investigator Dr. John Pearce, assistant professor of environmental health and leader of the MUSC Air Quality Lab. MUSC’s HOT team is part of a research consortium that includes The Citadel, the City of Charleston, National Oceanic and Atmospheric Administration (NOAA) and New York-based Climate Adaptation Partners.

One of HOT’s efforts is a retrospective study that will measure the effect of temperature on death incidence by analyzing mortality data from 1999-2021 from S.C. Revenue and Fiscal Affairs Office (SCRF) and statewide meteorological data, according to a HOT study plan written by Pearce and Reves. The goal is to predict which heat events are particularly dangerous for Charleston and S.C., Reves said.

Another HOT effort is a prospective study that will identify two populated areas on the Charleston peninsula that historically experienced different levels of heat during the same high temperature, Reves said.

“One will be an area where heat is not as intense and the other where it is more intense due to such things as minimal tree canopy, crowded housing, poor building materials and inconsistent air-conditioning.”

The City’s Geographic Information System (GIS) Department mapped historically hot and cool spots in the city to contribute to the study. A map of tree canopy coverage within city limits can also be viewed on the city’s website.

HOT will compare temperature and air quality with morbidity and mortality in Charleston based on clinical data gathered from MUSC, Roper Hospital, regional EMS, the weather department and the consortium’s own temperature sensors.

The research team will analyze two areas that are tied to heat-related medical problems to uncover differential factors and eventually improve the area that suffers most.

“For example, if tree canopy is a factor in heat mitigation, more trees can be planted,” Reves said.

Ultimately, the study will compare health outcomes in the vulnerable area after performing heat mitigation to determine which measure protects the most people.

“If health improves with mitigation strategies, then city-wide mitigation will be employed where the benefit is the greatest,” he said. “Global warming is forcing us to be better prepared for heat. And what has been under appreciated is the fact that heat is life threatening.”

The Citadel volunteered to participate in three heat-related projects last year under Dr. Scott Curtis, director of the Near Center for Climate Studies at The Citadel.

The projects gathered heat data across the city to learn where, when and why it was hot. The studies focused on microclimates in areas such as the city’s medical district, to identify characteristics like tree canopy, urban design and heat index.

Curtis is currently looking to participate in HOT’s efforts in 2022 and beyond.

A PEER-REVIEWED, SCIENTIFIC STUDY WOULD LOOK AT: URBAN ENVIRONMENT & OTHER FACTORS THAT IMPACT WORKING ANIMALS (ORIGINAL ARTICLE CAN BE FOUND HERE)
OUR STATEMENT ON JULY 20, 2020 DEATH OF CARRIAGE HORSE:

“On Sunday, July 19th, shortly after 8:00 P.M., the Animal Society began receiving calls from citizens regarding a runaway carriage and an injured carriage horse. Videos and photos followed later.

Monday night, we learned that the draft horse, Ervin, was euthanized. This saddens us for all involved, including the carriage company, its owners and staff.

The video and photos show a bleeding and terrified horse. This must not be ignored and we urge the City of Charleston to conduct a full investigation. These images raise more questions about the enterprise of using horses in an urban environment.

Using horses in an urban environment continues to be controversial. Charleston Animal Society has never called for a ban, rather a peer-reviewed, prospective, scientific study to inform community leaders of the working conditions of these animals. The carriage industry and its supporters have fought this reasonable compromise from the outset.

Rather than coming to the table, our supporters have been physically assaulted and now we have been engaged in a two-year lawsuit aimed at silencing us and our advocacy for these animals. It is time to revisit this cruel enterprise that has caused the needless deaths of both humans and equines.”

Advocating for animals is hard work. Being the voice for the voiceless will sometimes make you a target of the slings and arrows of those who think it best to leave “well enough” alone. But thanks to your continued support, we are energized every day to do the right thing.

You’ve seen Charleston Animal Society in the news lately involving the carriage horse issue downtown and we want to be sure you understand our position clearly.

Thank you for taking the time to stay informed on this important issue. The bottom line is these working animals deserve our attention to ensure they work in a safe and humane environment. When you are sharing your opinion of the carriage industry, please do so with respect for all individuals, regardless of their position on the issue.

WHAT WE’RE ASKING FOR

A major university that has equine expertise and does not have ties to the carriage industry would conduct this study. (The study would then be reviewed by other academic experts to review the research methods and conclusions.)

DO A STUDY NOW!

Charleston Animal Society wants a prospective, peer-reviewed, scientific study to answer the question: “What are humane conditions for working animals in Charleston?” For decades, the issue of what are humane conditions has lingered over the tourism landscape in the Holy City. A study from a major university or equine expert would answer these questions with independent authority. Relying on data that is supplied by the carriage industry (as is currently the City of Charleston’s practice) raises questions about the integrity of the system that is supposed to make the welfare of animals that lead these for-profit tours its top priority.

TELL CITY COUNCIL to do a scientific, peer-reviewed study that will give answers on “what is humane” based on science and research.